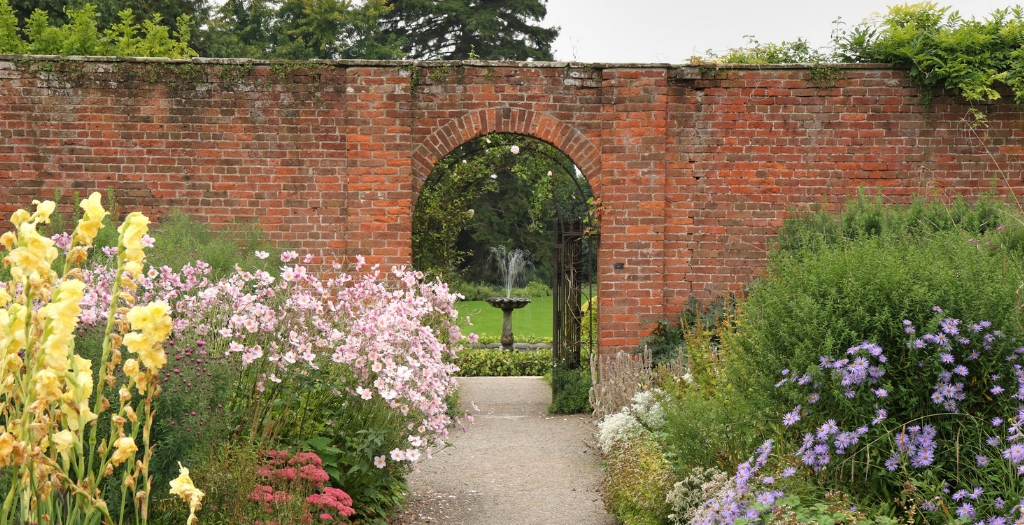 The beauty of brickwork

Once upon a time, brickwork was a feature of gardens small and large. Walled gardens had a certain mystique about them and one still gets that feeling when seeing them on the television or in magazines. And you may be lucky enough to have a walled garden of your own! In general, though, we think the beauty of brickwork has been largely forgotten.

Of course, housebuilders today use differing styles of brick and rendering to add variety to housing developments, but that’s largely where considerations towards brickwork starts and stops.

It used to be that any major structure would be built of brick or stone. Nowadays, it seems to be a material of last resort.

Most gardens today feature lots of wood. Fence panels are erected and coated with repeated coats of today’s more eco-friendly version of creosote, or the vast array of tones and colours in fence paint. You’ve probably noticed it never turns out to be quite the colour you expected!

When it comes to retaining walls, even there, bricks have been replaced with oak sleepers. Contrary to popular belief, even they don’t last forever! In purchasing old railway sleepers, they’ve usually survived the test of time in all weathers because they’re treated with tar. The downside is that it seems virtually impossible to go near them without getting covered in it! And unfortunately, railways sleepers will continue to leak tar for many years.

Another popular retaining method is using tanelised log rolls. Done well, these can last a long time and provide clean lines in the garden. However, even the larger round poles can warp and split over time.

It’s quite common for any divide in a garden to be marked by something in wood, for example using trellis and often incorporating archways and climbing plants. While these can look lovely, they don’t stand up to the elements particularly well unless treated very regularly. This is something easier said than done when it’s covered by plants!

When was the last time you saw a newly built archway in a garden? They add a character and charm that’s hard to beat.

However, we simply think that brickwork, when built by a professional, looks beautiful. It will also outlast most of us! Something which we think people forget is that you don’t have to use new bricks from your DIY store or builder’s merchants.

As one considers making changes or building new structures, don’t forget about the option to use bricks. It may be more costly to build initially but will be mostly maintenance free for decades. Just ensure you get it built by a qualified bricklayer, something we’re fortunate to have here at Parker Home.

Saving energy and money (and the planet)

Damp Problems in the Home – The Silent Killer
Scroll to top