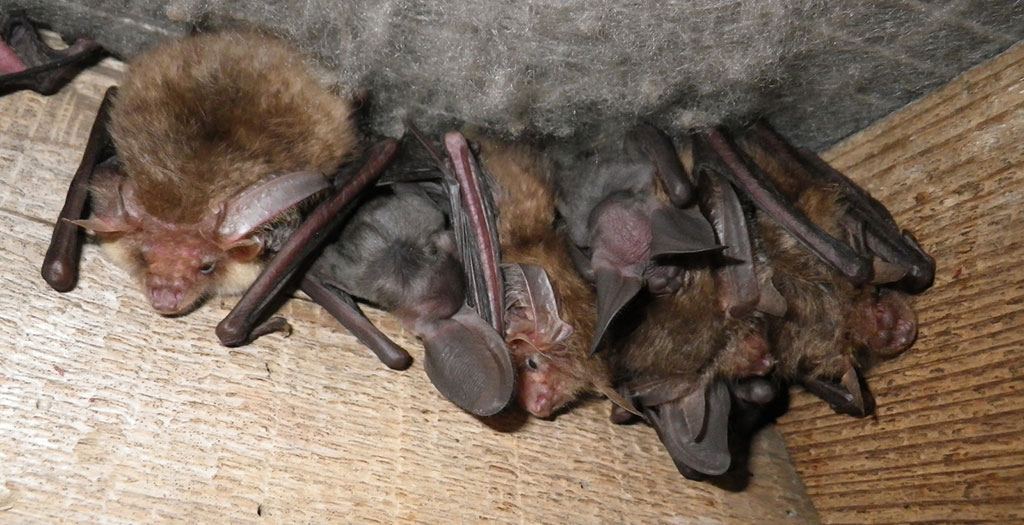 If you have Bats in your building, please read on…

All bats found in England are small, eat insects and fly at night. Bats are most likely to be summer visitors to your property and are very unlikely to pose a health risk.

Except in very rare circumstances, they are unlikely to cause damage to the building in which they choose to live. They do not chew woodwork, fabric or cables, nor do they build nests. Bats usually roost in different sites throughout the year, and may sometimes vacate a roost for a period of years before resuming occupation.

Bat behaviour varies seasonally with 2 key phases of activity:
Broadly speaking, breeding related activities mostly take place from spring to autumn. Bats hibernate during colder months when there is little food available. As the weather gets milder during spring, bats become more active and generally begin to occupy roosts in buildings from late April onwards. These are often maternity sites and are frequently composed of the same group of females returning to the roost each year. Females give birth to a single baby during the summer, and by autumn most bats have left the nursery roost. Although most bats disperse to other sites to hibernate, some bats may be present in roofs and other parts of buildings, such as cellars and cavity walls, throughout the year.

As population numbers have fallen, all bats and their roosts are protected under The Wildlife and Countryside Act 1981 (as amended) and The Conservation of Habitats and Species Regulations 2010. Under this legislation, it is an offence to:

As a result of past cases involving a rare rabies-related virus, Natural England’s current advice is that members of the public should not handle bats; if you find a bat in your house, please call the Bat Conservation Trust on 0845 1300 228

For more information about bats and their roosts, the free PDF booklet ‘NE23 -Focus on Bats’ can be downloaded from the Natural England website’s publications catalogue at this address: http://publications.naturalengland.org.uk

What do you use your Garage for?

What is the difference between a Carpenter and Joiner?
Scroll to top